Delta Gamma is housed on the 3rd floor of Hanson Residence Hall.

Hanson was totally renovated in the Summer of 2008. These renovations allowed for larger showers with enclosed dressing rooms. Each floor has eight showers and six restrooms. Beautifully redone hardwood flooring is in each room and the rooms come with two twin beds, two desks with expandable workspace, two dressers, a sink and cabinet combo, two padded desk chairs, and two closets. The first floor has a study room, two parlors, a den, and a full kitchen.

With three floors and 90 rooms, Hanson houses 170 women at most. Hanson also adds “most convenient” to its name as it is located exactly center of campus, almost on top of the cafeteria. It is no more than a 5-minute walk to every building on campus. Delta Gamma reserves the entire top floor, and a large chapter suite which is the member’s “living room”. Our chapter shares interior designers with Beta Psi’s chapter at the University of Alabama. It houses large plantation shutter style windows, a dining area that seats six, couches, bookcases, and a home entertainment system. Delta Gamma also has a separate storage closet on the hall and a fully furnished office with a computer system that is reserved for official fraternity guests. Often times, this hall becomes more than just a hall. The non-Greek floors often feel like apartments. But on the Delta Gamma Hall it becomes a large house with a lot of separate bedrooms.

Everyone knows each other, and it becomes a community with an “at home” feel.  Memories are made here and make living in a residence hall one of the more enjoyable parts of college. 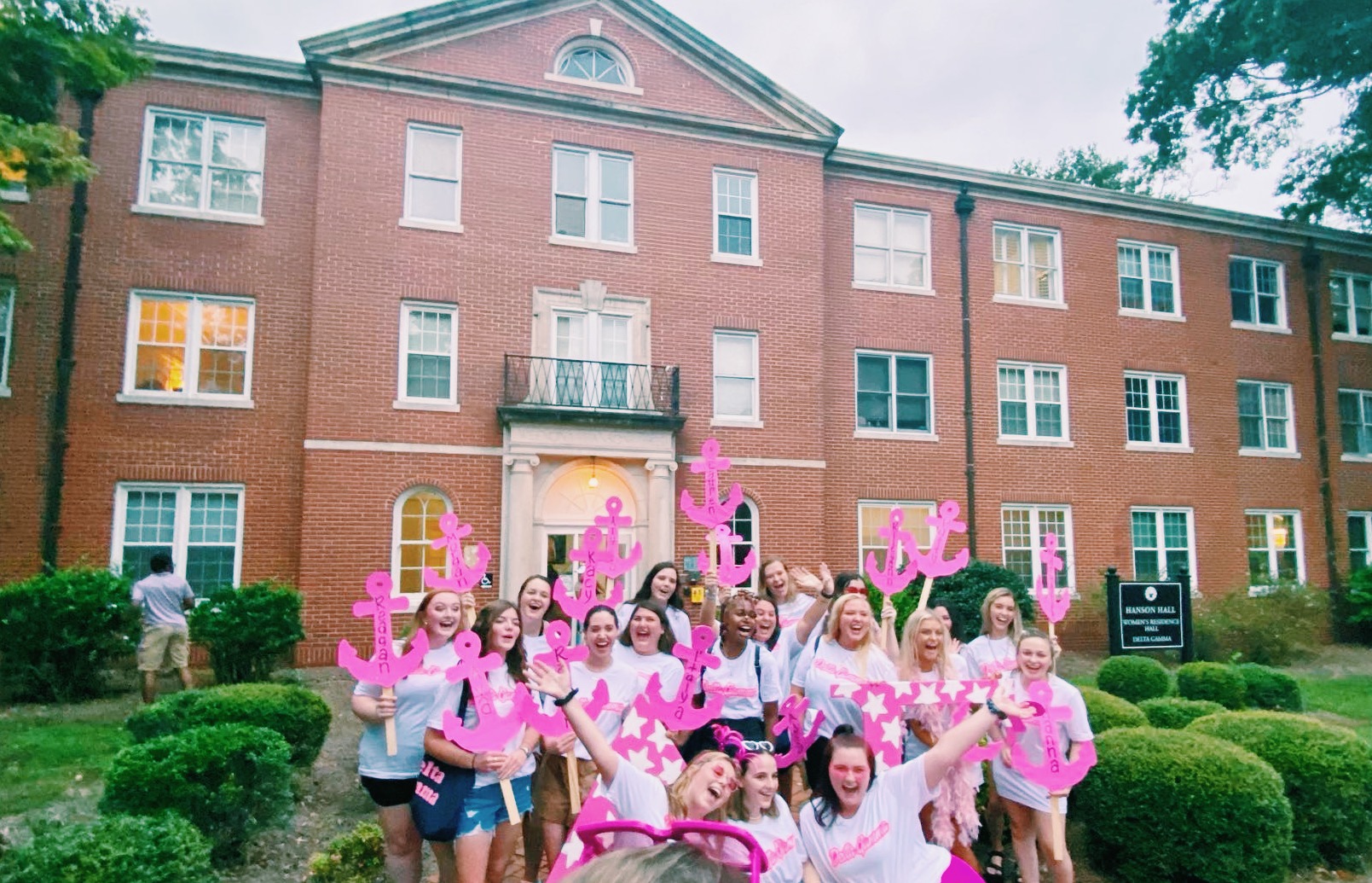